The Gateway to the Peninsula 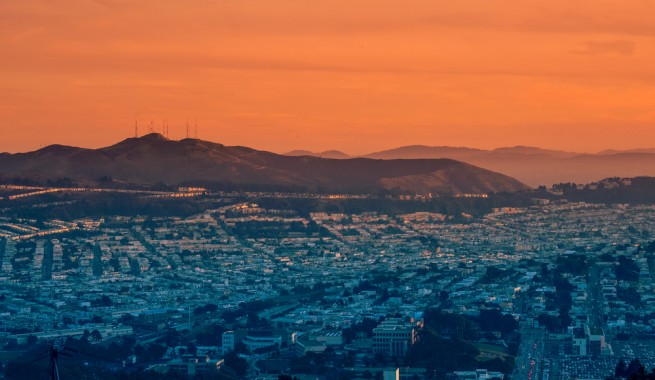 While Mylo Hotel sits on the San Francisco peninsula, our official address is in Daly City—a distinct municipality in San Mateo County with its own interesting history.

The Native Americans who foraged and hunted around San Bruno Mountain were eventually forced to give up their lands to Spanish invaders for cattle grazing.

Present-day Mission Road still follows the lines of an original road leading north from other settlements in Spanish days, forking at what is now “top-of-the-hill” right here in Daly City.

Eventually, Daly City was settled by Irish immigrants who opened numerous pig and dairy farms as well as drinking saloons and gambling establishments. Daly City is named after John D. Daly, one of these original settlers and the owner of the San Mateo Dairy.

Because of its location at the neck of the San Francisco peninsula, stretching from the Pacific to the bay, Daly City was nicknamed "the Gateway to the Peninsula."